Shingled Erasure Code (SHEC or original SHEC) [1] is a recovery-efficient and highly-configurable erasure code. Moreover, SHEC is extended to multiple SHEC (mSHEC), whose layout is automatically combined from several original SHEC layouts in response to durability and space efficiency each user specifies and, as a result, recovery efficiency is improved from the original SHEC.

We have a working prototype of SHEC for Firefly/Giant, and all of its local tests are finished.
(Both SHEC and mSHEC work on Firefly because Firefly's erasure code plugin API and CRUSH algorithm are sufficient for them.)

1. Original SHEC
SHEC is an erasure code with local parity groups, and the calculation ranges of local parities are shifted and partly overlap with each other, similar to arranging shingles on the roof of a house. An instance of SHEC’s parity layout is shown in Figure 1. 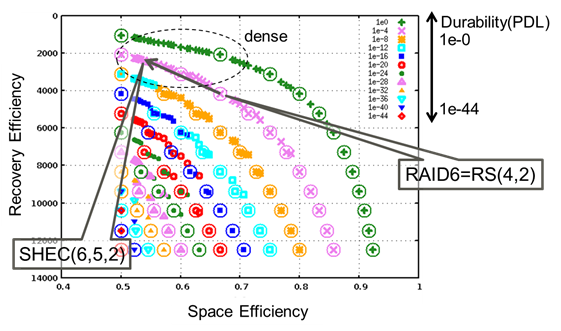 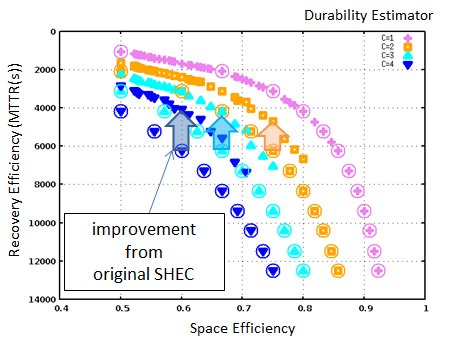 At a glance, mSHEC's layouts look complicated, but mSHEC's layouts are also automatically generated in response to durability and space efficiency and users are not required to know details of the layouts.

In conclusion, mSHEC should be used in case where recovery efficiency is relatively important. Figure 5 is a diagram in order to select an appropriate EC plugin for users. 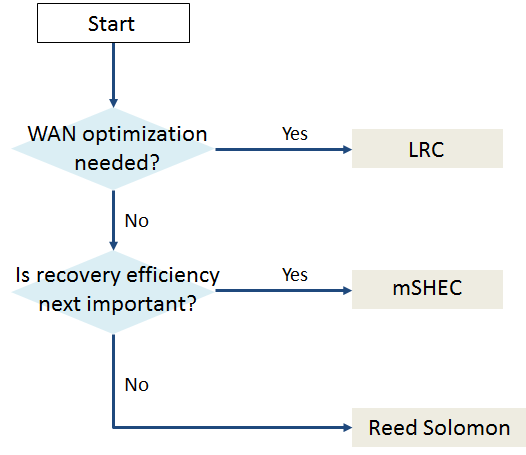